The company is the world's largest honeycomb producer for the aerospace industry, and much of it is produced at the Casa Grande facility, which was established in 1965. The product is used in commercial aircraft structures and interiors, defense aircraft, helicopters, and other industrial applications. It is also used in noise reduction for aircraft engines. 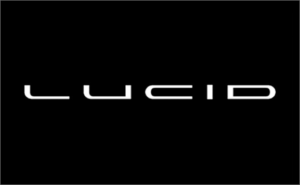 In September 2021, Lucid Motors opened a manufacturing plant in the Pinal County city of Casa Grande. The facility is the first greenfield, purpose-built electric vehicle factory in North America. The company employs over 1,000 workers at its facility - which was completed 12 months after breaking ground. Future planned expansions will enable the company to deliver up to 300,000 vehicles annually.

The company's first all-electric Air sedans were delivered to customers in October 2021, and the vehicle has been recognized as the 2022 Motor Trend Car of the Year.

Nikola is a designer and manufacturer of zero-emission battery-electric and hydrogen-electric vehicles and components. The company continues to develop the first phase of a $600 million, one million square foot factory facility to manufacture delivery and semi-trucks powered by electricity in the Pinal County city of Coolidge. 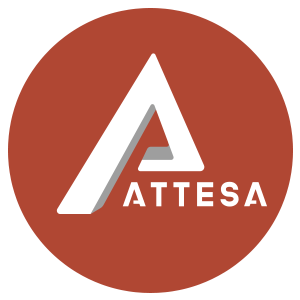 Attesa is envisioned as the ultimate motorsports lifestyle community and an international destination dedicated to a passionate audience of racers, fans, researchers, manufacturers, and speed enthusiasts.

The facility, which is being developed in the Pinal County city of Casa Grande, will create an economic engine for the region, provide thought leadership for automotive innovation, be an educational partner with universities conducting research and development and serve as a multi-faceted sporting and entertainment venue.

Attesa's Motorsports Technology Core will feature separate race circuits including a dedicated track for club members, a circuit for testing, R&D, and professional racing events, and a high-performance driving school facility. All circuits will be FIA and FIM-rated.

It is expected that the Casa Grande site will include a luxury hotel and convention center surrounded by restaurants, retail, and entertainment, adjacent to the core facility. Residential, industrial, and commercial districts and a private airstrip and airpark are also planned.

Abbott's Ross Products, a division of Abbott Laboratories, is a leader in providing trusted pediatric nutritionals, adult nutritionals, and related healthcare products that advance people's quality of life. The Ross Products Division's Similac, Isomil, and PediaSure brands remain among the most recognized and doctor-recommended brands of pediatric nutritional products. Abbott's Ross Products is also the U.S. market leader in adult nutritional products, based on its well-known and leading Ensure and Glucerna brands. The company employs more than 70,000 people worldwide and markets its products in more than 130 countries. Yearly sales figures are estimated at more than $17 billion.

Casa Grande has been a key manufacturing site for Ross Products since the plant began operations in 1985 and has a workforce of over 400 employees.

The Frito-Lay Company, with global sales estimated at over $4 billion/yearly is the snack food division of PepsiCo, Inc., generating about half of the parent company's revenues and two-thirds of its profits. The division is the world leader in the snack food category and controls more than 35% of the world market and over 60% of the United States market.

St. Louis-based Monsanto is a Global Fortune 500 company in agriculture and biotechnology. It was named Company of the Year for 2009 by Forbes Magazine because of its innovative new products and economic success. The company spends $2.6 million per day worldwide on research alone.

Monsanto is a leading global provider of technology-based solutions and agricultural products that improve farm productivity and food quality. The company remains focused on enabling both small-holder and large-scale farmers to produce more from their land while conserving more of the world's natural resources such as water and energy.

Union Pacific Railroad, (UPRR) is North America's premier railroad franchise, covering 23 states across the western two-thirds of the United States. UP serves the western coal reserves, the world’s most productive cropland, the Gulf Coast chemical industry, and the rock quarries of South Texas. The railroad is the nation's largest hauler of chemicals and one of the largest intermodal carriers – the transport of truck trailers and marine containers. Union Pacific helps link production and consumption points in the U.S, and across the world, with a network to deliver energy, food, raw materials, and durable and consumer goods to support the nation's growth. The rail company also has one of the most diversified commodity mixes in the industry, including chemicals, coal, food and food products, forest products, grain, and grain products, intermodal, metals and minerals, and automobiles and parts.

The 880,000-square-foot facility is located north of Interstate 8, at the northeast corner of Thornton Road and Peters Avenue in Casa Grande. Construction of the food distribution facility began in 2002 and was completed in 2003. The facility employs more than 400 people.